When we say that 'distance is a result of structural differences' we need to include both, similar and equivalent structures.

The more similar the structure, the closer are the objects as far as the transfer of life energy & life force is concerned.

From the structural concepts that we have established above follows that closeness is not only within the three dimensional space that we see and in which we move.

Quite often we are too involved with this habitual concept of space while completely ignoring the "magical closeness" that life energy opens up for us.

We may only become painfully aware of the powerful consequences of such "closeness from outside our three dimensional space" at times when we are the victim of a spell that someone has cast from thousands of miles away.

Even then we are more inclined to think in terms of the "miraculous" rather than accepting the obvious.

This compares to the zoologist who admires the "capability of a butterfly to smell a female that is several miles away and to find his way there." 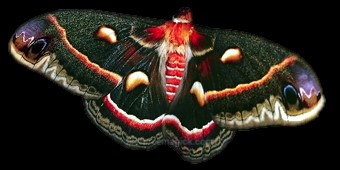 To smell means to pick up traces of chemicals.

Directional smelling is even more difficult, especially when there is nothing to smell!

A high school kid can calculate the amount of molecules of the female's scent in the air some five miles away to prove that the academic zoologist's statement is absolute nonsense!
Why not accept that there is something different from "smell" and "normal sensory perception" out there?

Structural linkage that bridges visual space is a very valid concept that explains a lot of things easily.

Amazing!
Man, you are amazing! It's the second time when I do the Transfer Test and feel again -very clearly- the life energy and life force (chi and orgone). How did you do it? It's mind boggling that from a piece of paper can radiate this energy. Yes, I am now convinced, I will surely buy my first device (the Rad 2000 I want)!
Earl (Cincinatti, Ohio / USA)