A radionics expert once stated that radionics is part of ceremonial magic.
He considers the tuner a solidified thought form and the rates representing agreements with the subtle nature spirits.

We can agree with such an animistic approach.
In the old times, people thought of lightning being a "god."

In fact, they considered practically all natural phenomena, even the planetary energies, as being anthropomorphic gods, i.e., gods that look somewhat like humans.

Still in our days most people have a concept of a bearded gaseous mammal of the male sex who "made it all" with "his" hands. 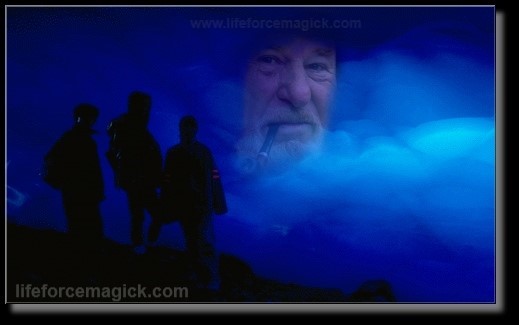 At some point in human history natural scientists began to develop models that were less anthropomorphic on the one hand and more useful on the other.
From such expansion of scientific concepts they developed new technologies.

Some people may be quite correct if they say that cars are gods that transport us provided that we appease them with some liquid called gasoline and that we know how to touch them correctly.

It is O.K. if we satisfy ourselves with an animistic approach.
With this approach we will be able to use some techniques of magic and radionics if we follow some (usually religious) "tradition" that tells us how to do what.

We have another, more useful, option.
We can begin to analyze magical and radionic procedures in scientific terms.
That's exactly what we have begun to do in the previous lessons.
Then we will find that a structural approach has more potential than the old animistic model could ever offer.

Such approach will prove to be more useful in many respects.
Above all will it lead us to an understanding of magic and radionics that can easily rid us from the straitjacket of stale traditions.
At the same time it will allow vibrant creativity expand our magical powers to levels that traditionalists are incapable of conceiving.

Karl (the Author) explain us in detail:

"First let's fantasize ourselves into an imaginary journey:
Imagine yourself traveling to a tribal society somewhere in New Guinea.

It needs to be a tribal society that has never heard about civilization as we know it.
Among your equipment you have a cattle prodder that causes electric shocks.

Since you know some of the religious beliefs of that society you make some image at the right time (the sacred time of the year) and in a traditional shape.
Then you connect this image with your cattle prodder.

Chances are that with such a contraption you can convince these people of your divine nature or of your spiritual connection with their sky of gods.

It all works because of several reasons:
First of all, those good folks have no idea of electricity, but they certainly can feel the shocks.
They may think that the shock they get is the power of their gods.

Another important facet of your experience is that you adjusted to the existing belief structure. If you did not do it, they would.
That could be quite risky since electric shocks are somewhat painful and the connection with a demonic force is easily imagined.

As far as the feeling of life energy is concerned, most of America compares to the jungles of New Guinea.
Few people know that life force exists.
Still less know that they can feel life force.

This made us realize that about 90% of the people feel life force whether they believe in it or not.

All of this is a fertile ground four our cattle prodder experiment.
All you need to do is adjust somewhat to the existing mainstream religion."

"I did the experiment in the following way.

In a Christian book store I bought a cross that measured about 6 inches in length (made in Communist China, of course).

I drilled a 1/4 inch hole from the top to the center.
Then I took a small jewelry type crystal and broke it in two.

One half of it I inserted into the hole. I stuffed some paper on top of it to hold it in place.
Then I plugged the hole with wood filler.

The other half of the crystal I put inside an operating Welz Generator.

Now the cattle prodder was in operation.

What I did next is having my Christian acquaintances feel it.

I made a few commentaries about the power of their God coming from the cross.

Most people feel the life energy when they hold the palm of their hands about one inch above the center of the cross.
When they feel this energy under the appropriate circumstances, they are quite logically induced to think that it truly is the power of their God that emanates from the cross.

When they feel a slight breeze rather than warmth I like to continue with the fun by making a reference to the passage in the old testament that mentions how King David felt the presence of God as a gentle breeze.

A cattle prodder like this will sure provide you with a lot of fun.
Perhaps you may even become inclined to organize a church.

Why does this cattle prodder work?

The answer lies in the crystal.
The two parts of the crystal form an excellent structural link.

The obvious linkage are the breaking surfaces that are very similar.

A second linkage may be the subtle structure of the crystal itself:
intricacies of the crystal grid that are the same throughout the original crystal.
It is identical in the two parts.

From the previous lesson you know that the person who holds the palm of the hand above the center of the cross will draw life energy from the Welz Generator® where the second half of the crystal serves as a structural link.

The near identical structures of the two crystal parts make the transfer from Welz Generator® to cross possible.

Instead of the crystal you may work with a scribble or any other graphic design that you copy twice.
Put one of the copies inside the cross and the other copy into the Welz Generator®.

Then have fun with your friendly neighborhood fundamentalists!
If this is not your idea of having fun, please skip this practice!"