10 Limiting Beliefs That Block Your Manifestations

Limiting beliefs are one of the biggest obstacles that prevent you from manifesting your desires in life.

Limiting beliefs are the beliefs that constraint your thoughts, feelings, and actions in some way, shape, or form.

These beliefs are often formed during your childhood as a result of traumatic events or experiences.

Read below for 10 limiting beliefs that block your manifestations and how to bust them down. 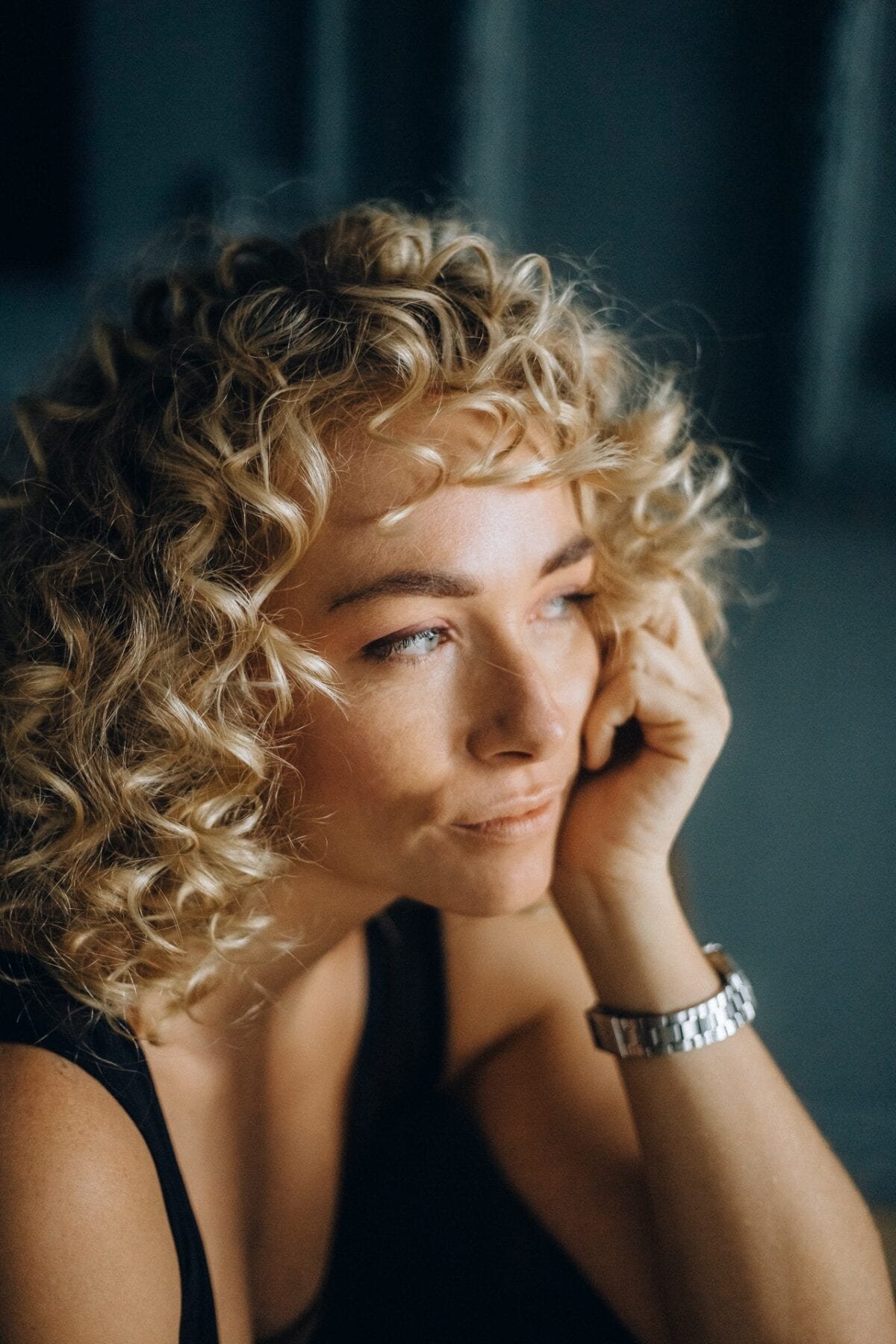 The first limiting belief that blocks your manifestations is feeling unworthy.

On the surface, you may hold great visions of what you want to accomplish in your life, but deep down, you feel an underlying sense of uncertainty and fear.

Perhaps you don’t actually believe you have the power to manifest your dreams, or you don’t believe you are worthy of manifesting desires of such magnitude.

Feeling unworthy prevents you from manifesting what you want because your energy is out of alignment with what you want.

The feeling of unworthiness is very low vibration according to the Emotional Guidance Scale.

The key here is to turn that fear story upside down and become unapologetic about your desires.

Worthiness is your birthright and you’re absolutely capable of manifesting anything you desire. 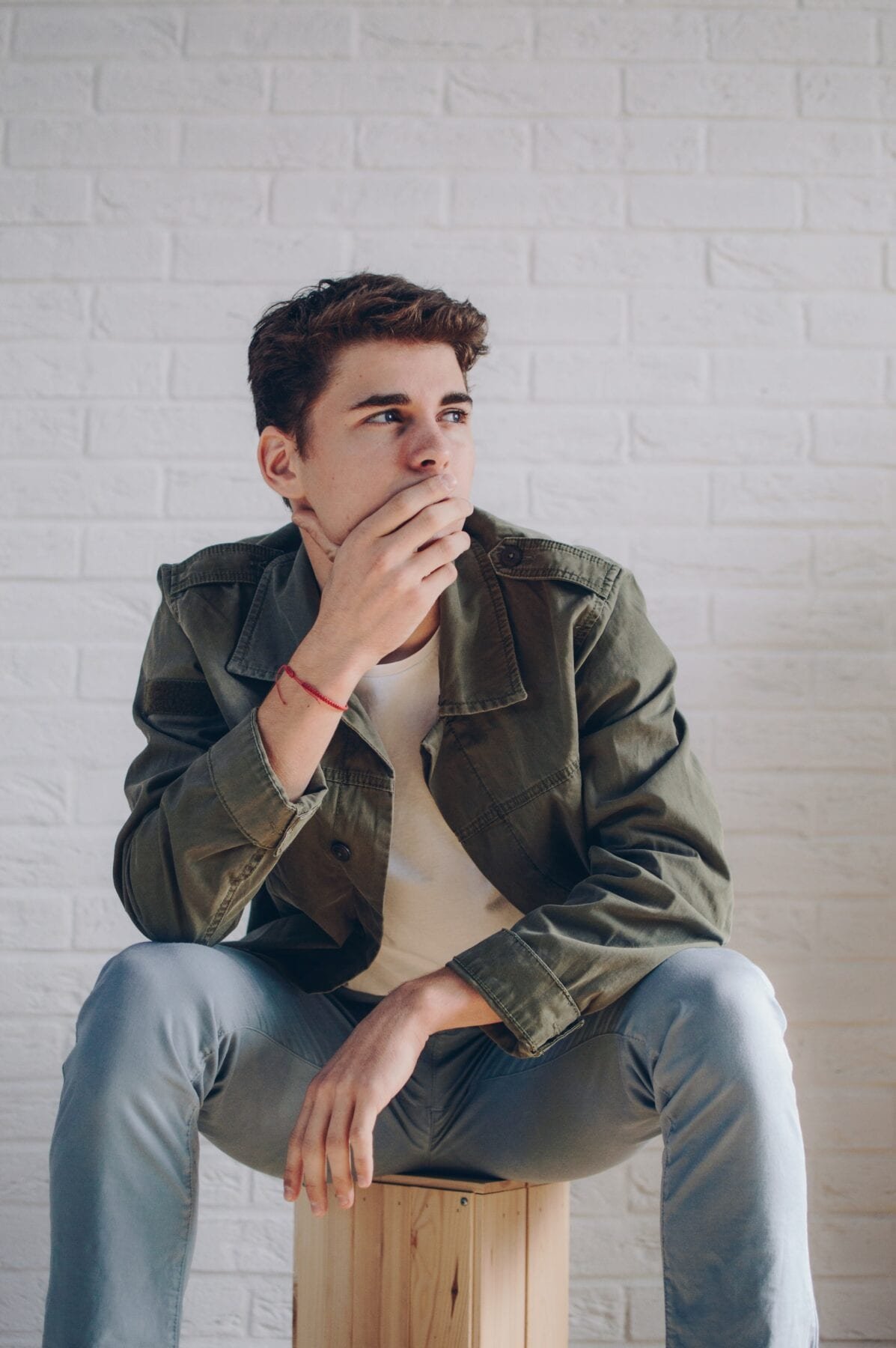 The second limiting belief that blocks your manifestations is believing in lack.

You have a fear that other people will take what you have and you are always in competition with others.

This causes you to take action with a controlling and pushy energy that is totally unsupported by the loving presence of the Universe.

Use the prayers for abundance to get rid of your limiting beliefs in lack that no longer serve you.

3. Comparing Yourself With Others 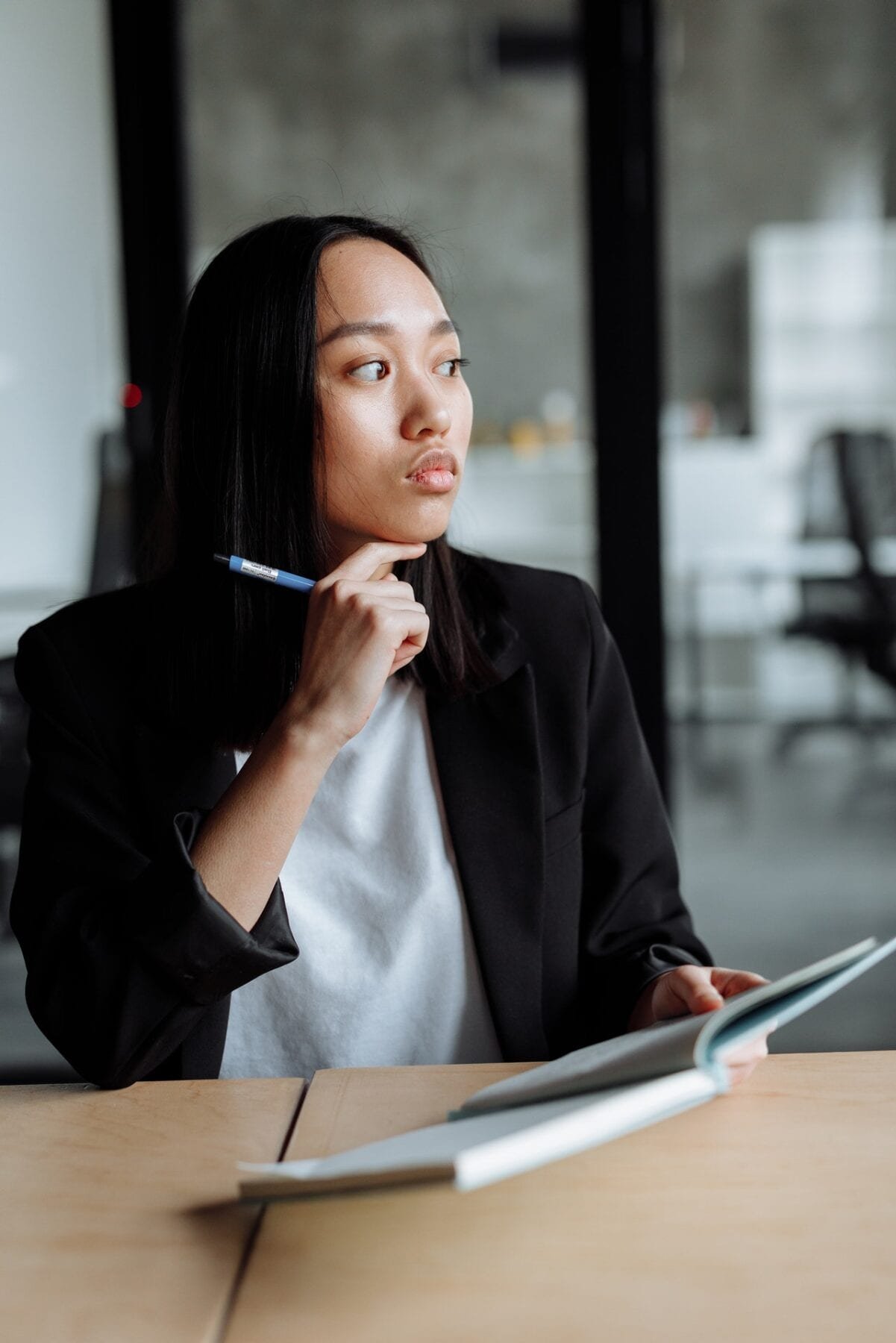 The third limiting belief that blocks your manifestations is the need to compare yourself with others.

With the advent of social media, it’s so easy to fall into the trap of jealousy all day long.

Jealousy is a negative vibrational energy that is not in alignment with the vibration of what you want.

But as I explained in my book on manifesting, "Feeling Good", comparison by itself is not bad. You just have to back it up with positive energy so you can turn jealousy into inspiration.

Instead of spiraling into jealousy, celebrate other people’s abundance and achievements and get inspired by them.

Appreciating the abundance of others puts YOU into vibrational alignment with what you want, so you can attract it into your own life. 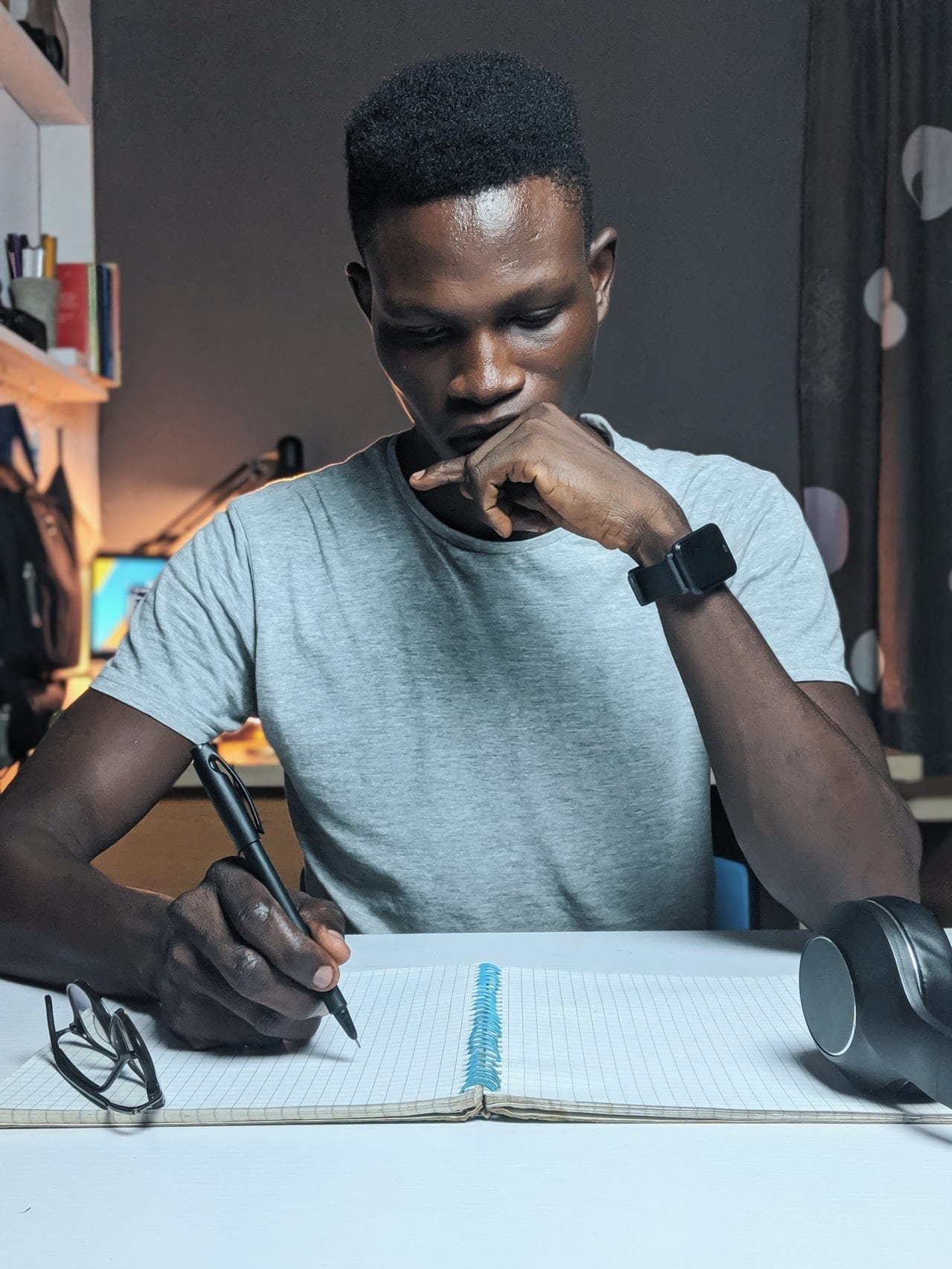 The fourth limiting belief that blocks your manifestations is not taking action.

A common misconception with the Law of Attraction is believing that you can just think about your desire and it will manifest.

But thinking about your desire is just one component of manifesting.

To truly manifest what you want, you must be willing to meet the Universe halfway by taking action once you are in vibrational alignment with your desire.

The actions themselves don’t necessarily have to be big or ground-breaking.

But taking action that is backed by high vibrational energy is a must when it comes to manifesting. 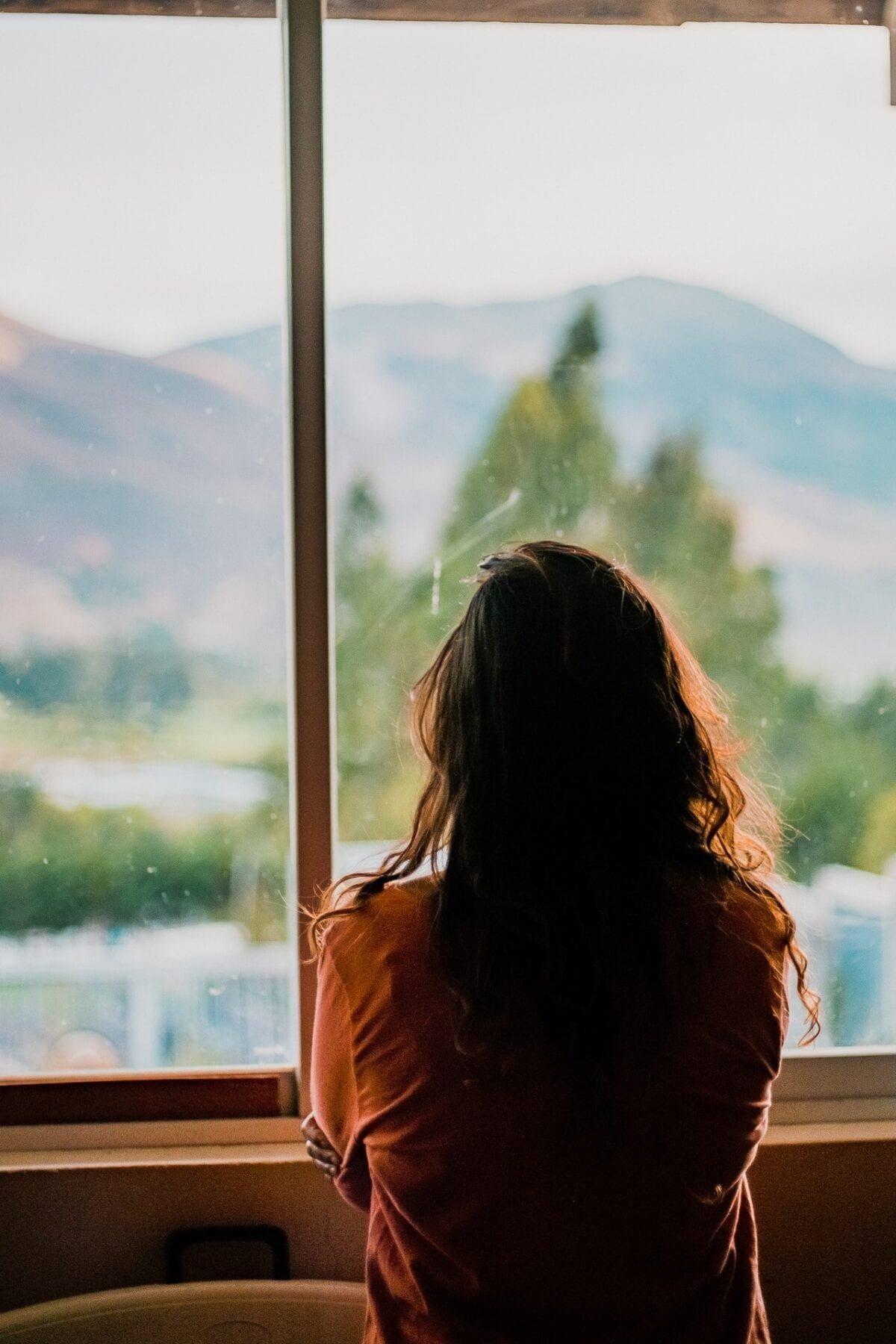 The fifth limiting belief that blocks you from manifesting is not taking the manifestation process seriously.

Manifesting is one of the most powerful skills you can master in this lifetime. It’s a life skill that has the ability to bring your dreams and goals into reality, no matter how big they are.

If you approach manifestation with a doubtful or joking attitude, you will not be able to manifest the results you desire. 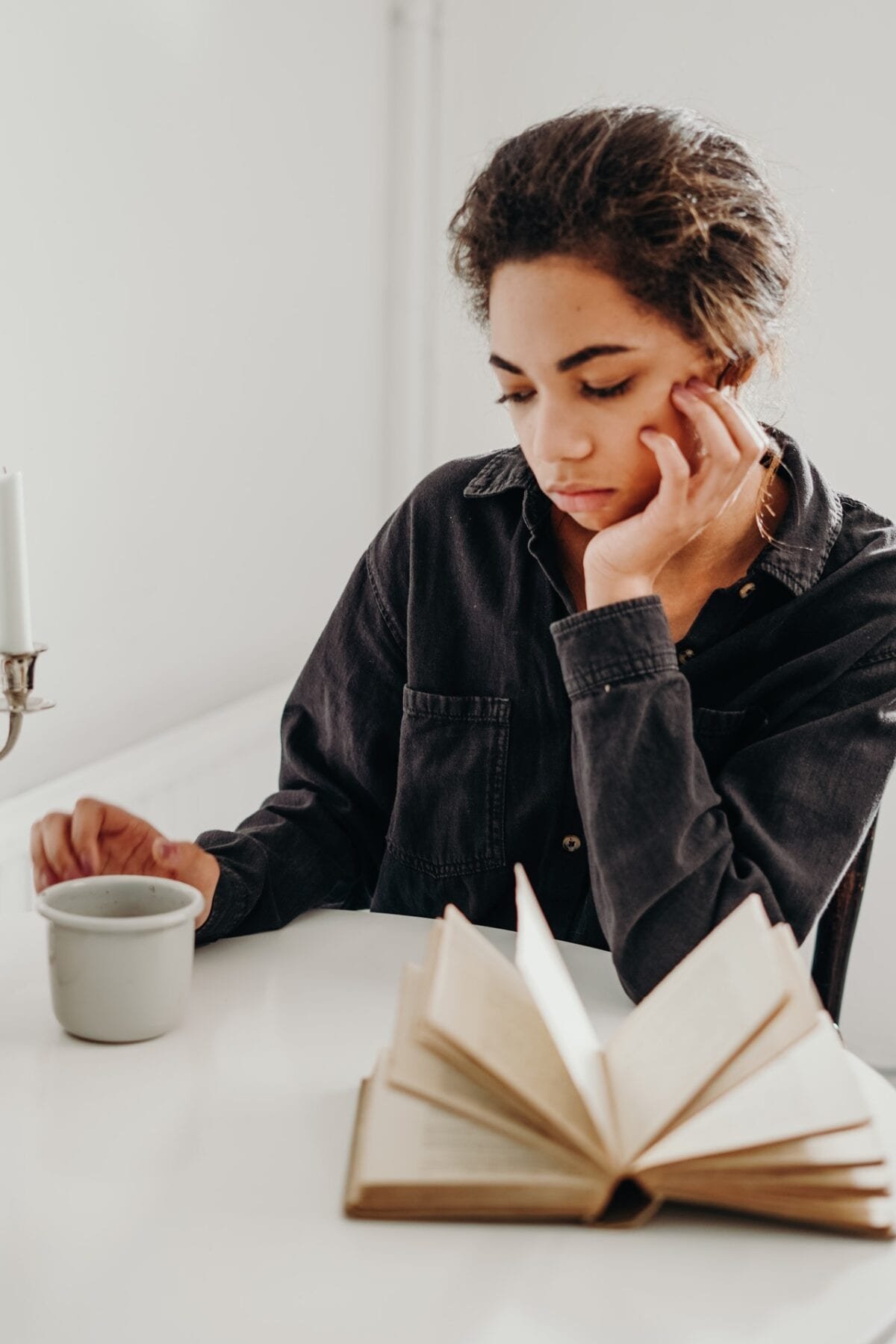 The sixth limiting belief that blocks your manifestation is resistance to change.

As I discussed in the spiritual meaning of manifestation blog post, manifesting is a creative process.

Many of us are under the limiting belief that it takes blood, sweat, and tears to achieve greatness in this world.

And the concept of manifesting radically challenges this limiting belief because manifesting is all about how you feel. The key to manifesting lies in feeling the energy of what you want to experience.

So if you want to manifest what you want, you must be willing to shed old limiting beliefs and think outside the box. 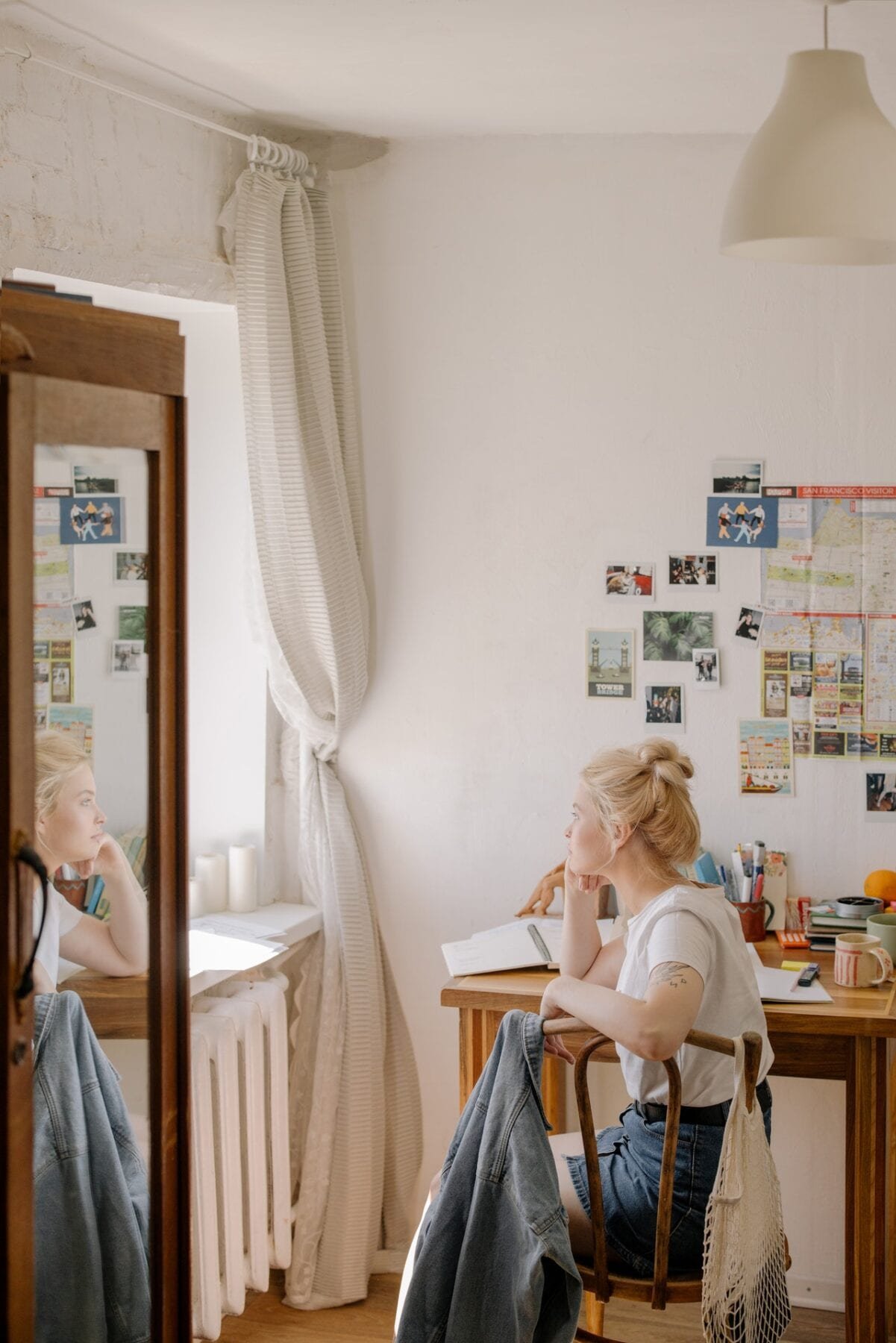 The seventh limiting belief that prevents your desire from manifesting is attachment to form.

Letting go of the outcome is essential when it comes to manifesting.

Getting too attached to one specific outcome blocks you from receiving the infinite possibilities that the Universe has in store for you.

The feeling that you want to experience can manifest through different objects, people, and situations.

You must be willing to let go of what you think you need in order to receive solutions of the highest good.

The most beautiful manifestations come from spiritual surrender and unwavering faith in the Universe. 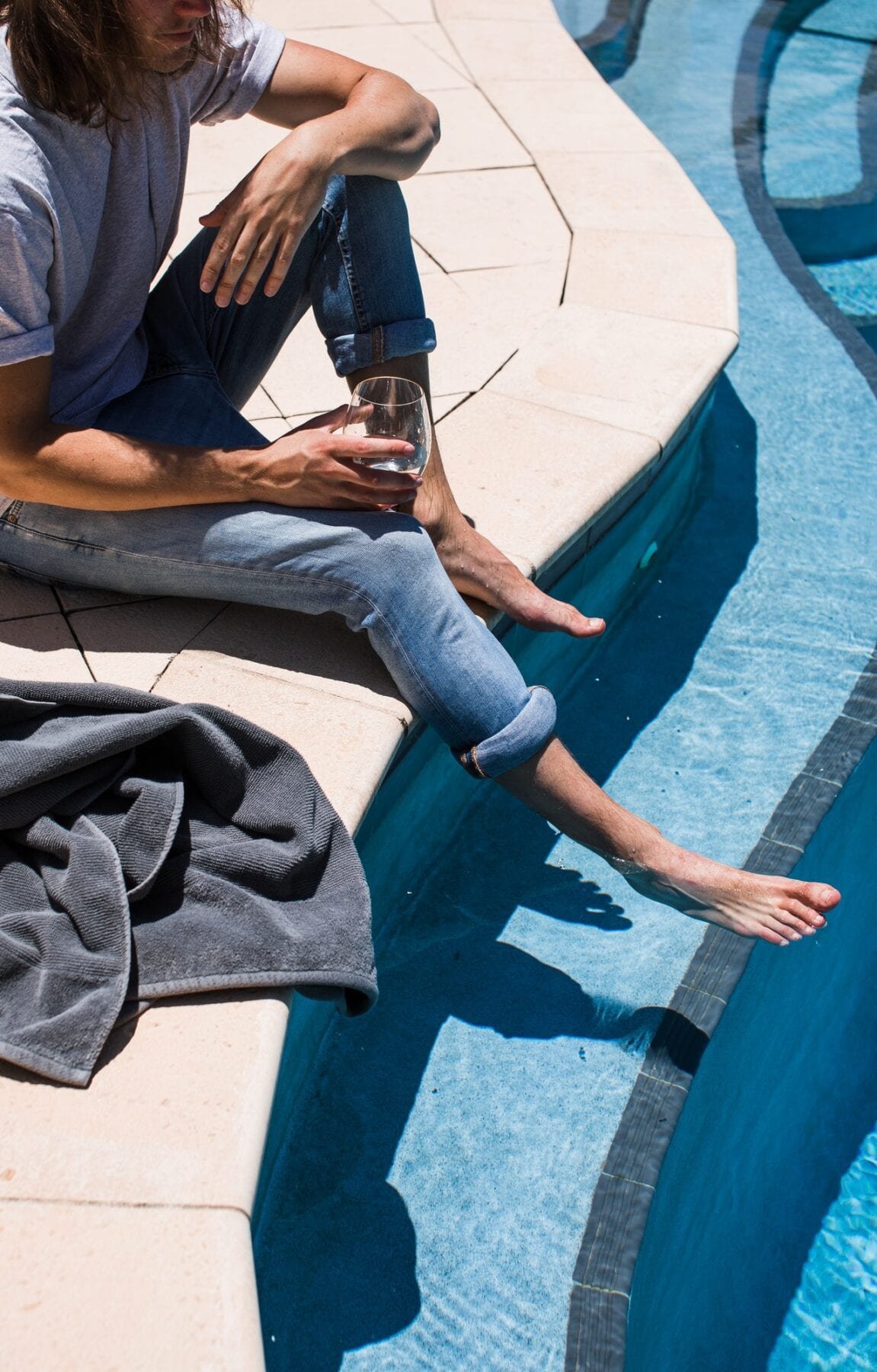 The eighth limiting belief that blocks your manifestation from happening is not taking responsibility for your thoughts, feelings, and emotions.

Life can throw you a million curveballs, but you always have a choice in the way you react to them.

When you take full responsibility for your energy, you unlock the power to intentionally use the Law of Vibration and the Law of Attraction to manifest a life beyond your wildest dreams.

9. Staying In The Past 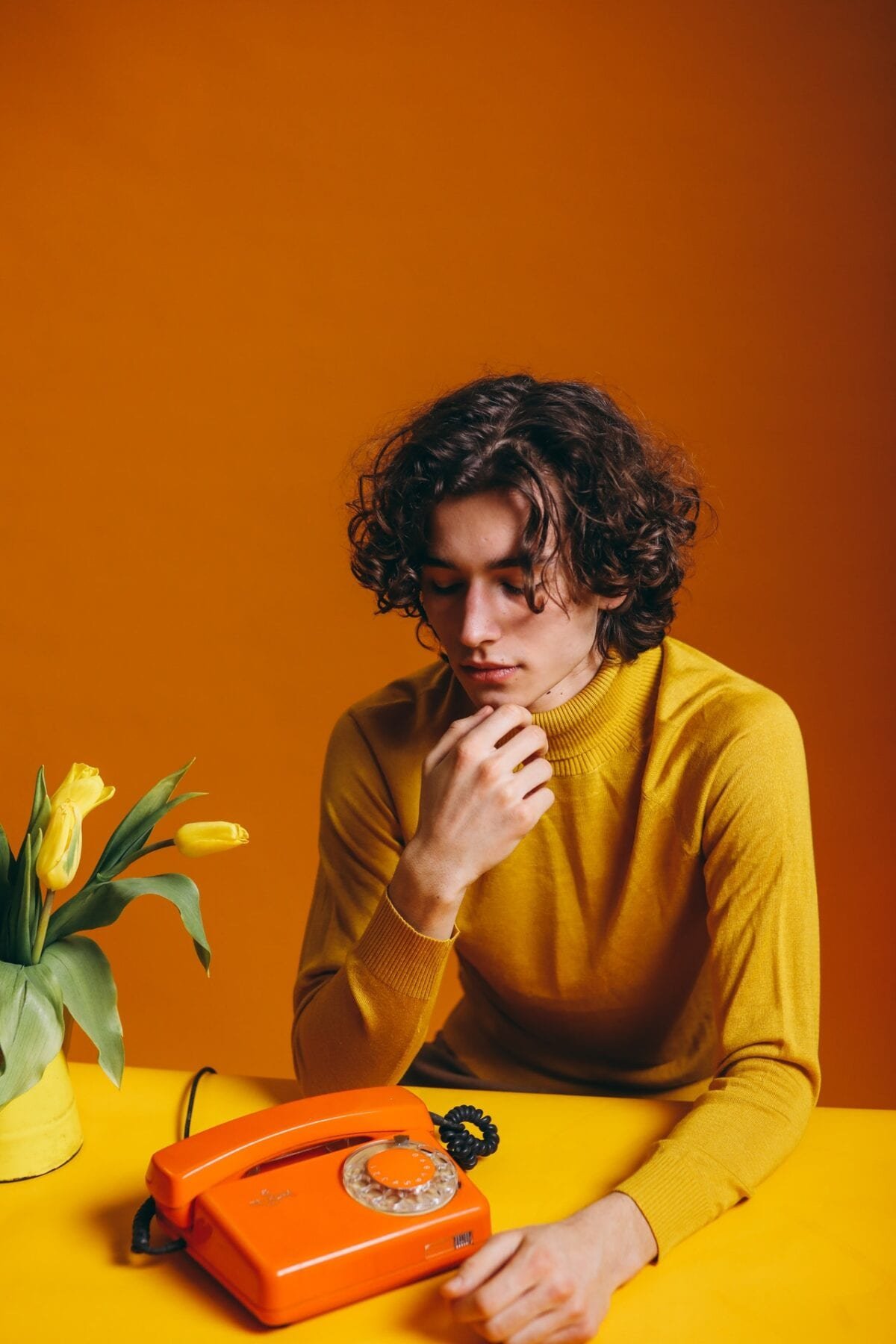 The ninth limiting belief that prevents you from manifesting your desires is being stuck in the past.

When you focus your attention on negative events or trauma that happened in the past, your energy can spiral into low vibrations.

In other words, you are reliving the negative vibrations in the present moment.

This causes you to attract more negative people, situations, and experiences in the present and future.

This is why it’s so important to stay in the present, where you can use practices like positive affirmations and prayers to stay in vibrational alignment with your desires. 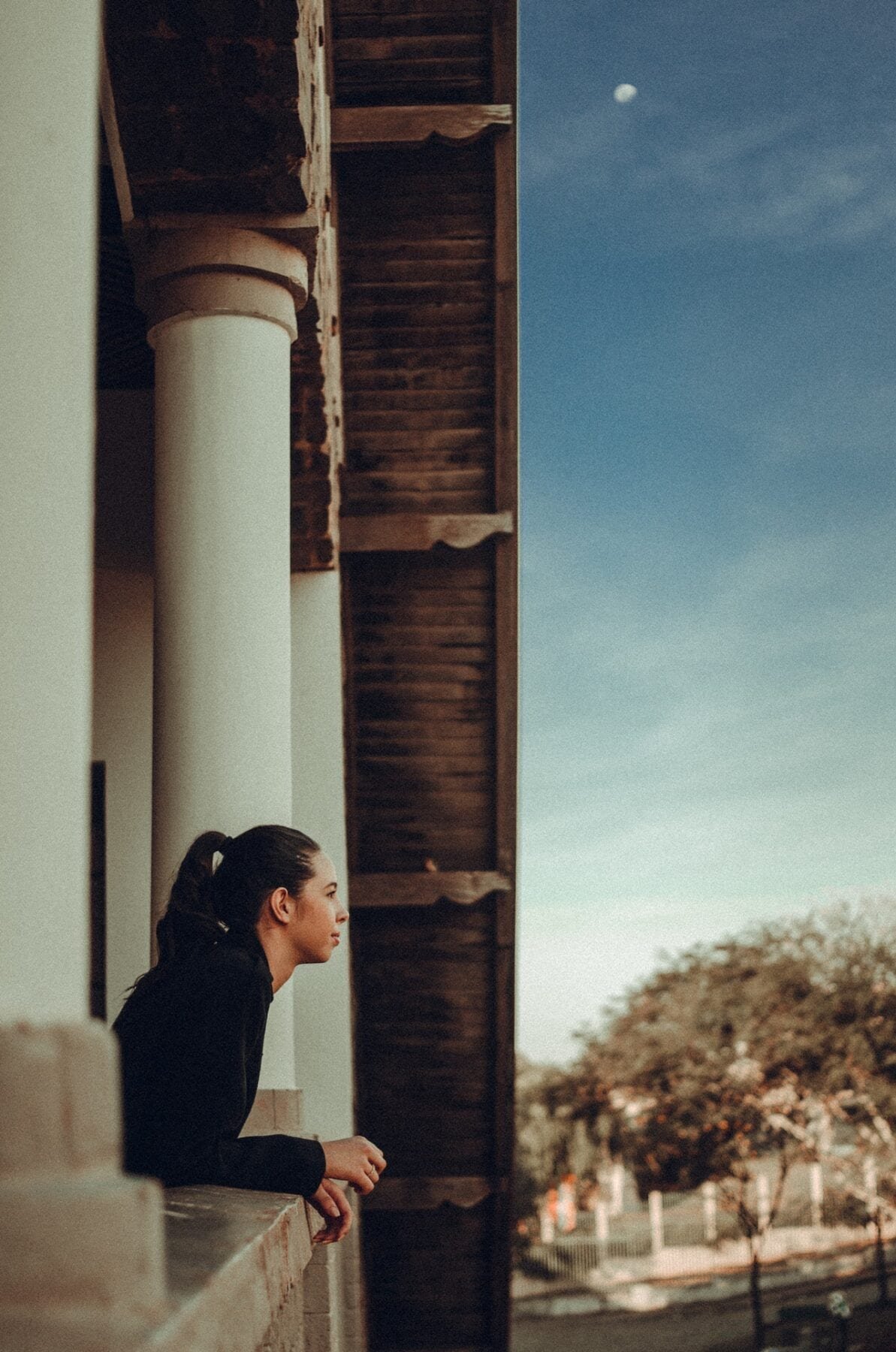 The tenth limiting belief that blocks your manifestation is future tripping.

Future tripping is similar to being stuck in the past.

When you worry about negative situations or scenarios that can happen in the future, your energy can spiral into low vibrations.

In other words, you are channeling the negative vibrations in the present moment.

This causes you to attract more negative people, situations, and experiences in the present and future.

The solution to future tripping is to plan for what you want rather than what you don’t want. Use visualization meditations to feel into the positive vibrations your desire brings you so you can attract what you want into your reality.

With more than 20 years experience in Life Energy & Life Force Equipments -and Accessories- Customer Support, we proudly offering valuable services, and we are helping- and supporting you as good- and as efficiently we can...
You can choose also from our on-line courses and learn about the 'Success Strategies'.
Find out the secret of the successful manifestation!
The 'Online support' is highly recommended to all who will order or, already ordered and wish more information, more help and support from us as usuallly offered. You will see; every minutes worth it!
Note: 50% of the 'On-line support' cost can be deducted from the -following / next- orders!
Can not be combined with other bonus and / or discounts!

Powerful & continuous flow of Chi- (Life)Energy & Vitality for you, -directly- in your pocket and / or billfold; at the best & lowest price! This is Your personal Vitality Chi Card!

« Ultimate Guide To Manifesting
Mind over matter and Spirit over Mind »